Most of the tours are based on adventures lived by Andrea Giardina while exploring the remotest corners of Sicily and surrounding archipelagos with friends and guests. Andrea, founder and himself a certified tour guide at Wild Sicily, is a native Sicilian born and raised up on the Etna Volcano Slope. His sportfishing and adventure travels passion together with the architect-planner background, always pushed him walking the extra mile to explore and interpret lots of hidden spots of Sicilian territory. Doing this he met a lot of bizarre local people and discovered extraordinary forgotten path, now part of each itinerary.

Our vision is to show the world how amazingly authentic, wild and still unknown Sicily and its surrounding islets are.

To do so, we make our guests experience an unconventional Sicily living like locals do, choosing a custom-made trip idea or booking private sicily packages trips, guided by adventurous native specialists. The island of Sicily has been seducing travelers for ages with its variety of natural landscapes, Greek ruins and Mediterranean lifestyle. No doubts the views of Mount Etna and the island’s unique cuisine are amongst the biggest trumps. However, if you want to have an alternative and original experience, why not book one of our Sicily tours?

Sicily tours are made by native guides who uses their experience to show the authentic and still unknown Sicily.

You can book by choosing an existing one or asking for custom-made tour.

If you’re adventurous minded, the 3 day trip to the Egadi Islands is what you’re looking for. This is the ultimate tour if you want to hike in lost landscapes and snorkel in the clear waters full of fish. We will take the ferry to the nearby Egadi Islands, where we will explore the area and look for the best landscapes of Sicily.

Culture and adventure will be combined with a hike to the island’s highest point while the roman settlement, once used as an observation point for marine traffic on top gives us the best panoramic views. During our tour we will have plenty of ideal locations for snorkeling and diving. Those willing can explore dark caves and inaccessible coves. Not only will you dive in the clear waters around the islands, but we will have a dive in the history of tuna fishing in Europe.

Nights will be spend in the house of fishermen (similar to Local Living and Friends) while in daytime you will get the chance to catch your own lunch (similar to Fishing).

Sicily is not only famous for its Mediterranean food and history but also for its active volcanoes. During the 10 day Sicilian Volcanoes Way you will explore Etna, Pantellaria as well as the Aeolian Islands.

With 3400 meters above sea level, the Etna is the highest active volcano in Europe. During our hike up you will encounter five lava rivers and explore lavic caves. Stromboli on the Aeolian Islands is an always active and explosive volcano. We will hike up this highly-reputated volcano and get the chance afterwards to snorkel in amazing places on the islands (similar to Adventure).

The volcanic activity on Pantellaria is a great way to end your holiday in one of the natural jacuzzis produced by the active volcano or in the sauna hidden in the forest (this activity is also offered in Fishing Sicily tour).

If you want to see the best of Sicily in only six days, the Eastern Sicily tour might be your best option. Discover volcanoes, sea and rivers while enjoying the authentic Sicilian lifestyle. Eat traditional food and visit historical cities such as Catania and Noto (activity offered in Local Living as well). Sicily is famous all around the world for Mediterranean food and history, however there is another thing that many visitors don’t know and it is probably the most impressive show that this land could offer them: the active volcanoes of Sicily. Short trip of Wild Egadi islands. 3 Days, that will make you ask ”Is it real?” between lost landscapes, snorkeling, Trekking, biking, seafood and History. If you like sport fishing or the ‘catch your own lunch’ aspect in our Adventure, Friends, and Local Living Sicily tours, you can always opt to make this the priority in your trip.

Both the Pantelleria Fishing trip and the Egadi Fishing trip are 4-day journeys aiming to show you the best locations for sport fishing at predators like Amberjacks, Groupers, Dentex, red porgy, saddlet sea bream, tuna,  and barracuda, and others.

There is an opportunity to go night fishing with squids and catch a Swordfish octopus.

Pantellearia is one of the best islands for shore fishing. The locations are easily accessible while the waters near the coast are extremely deep. This four-day journey will allow you to fish three times from the shoreline and four times on a boat. Pantelleria is a volcanic island giving us the chance to relax in a sauna in a natural cave hidden in the forest or spend some time in a soothing natural jacuzzi.

The Egadi Islands, however, are the best place if you want to fish for Bluefinsome tuna. The perfect island for shore fishing game: accessible shores, with extremely deep waters on the coast line. Jigging from shore, here is the most adrenaline practice, because of its coasts structure and predators that live in it, like Amberjacks, Common Dentex, Barracuda, groupers, Saddled Sea bream, Skipjack tuna, bonito, etc. This Sicilian islands, are the top spots for tuna fishing in Mediterranean Sea. April/May is the best moment to catch big Blue Fin Tunas because of its ”way” that pass just from our west coast. If right equipped is possible to catch the ”Red Giant” land based, with spinning and popping techniques.

If experiencing the authentic Sicilian lifestyle is what you’re looking for, then the Local Living tours are your way to go.

The Sicily Food Tour is all about the traditional dishes of the Italian islands. Seafood pasta, local cheese, and excellent wine are just some of the courses on your menu.

Exploring the Pantellaria island is what we do on the 4-day tour. Eat local dishes and relax in the soothing warm waters of the natural jacuzzis on the island or take a sauna in the forest (activity also offered in Fishing and AdventureFriends tours).

Experience the old farmer living in the northern regions of Sicily defined by a variety of landscapes, mountains, and history. This 3-day tour will include a visit to an amazing lost village. Snorkel, cycle, and hike during the Egadi Islands Classic tours. It’s the best way to discover the most beautiful places in this area. If adventurous activities are what you’re looking for, try our Adventure tours. If food is your passion, you can’t miss this unforgettable experience between dream beaches, history and the magnificent volcano Etna. Eat like Sicilian peoples do, tasting and cooking lots of local dishes, street food, seafood pasta, wines, sweets, fruits, honey, agricultural product and much more.. 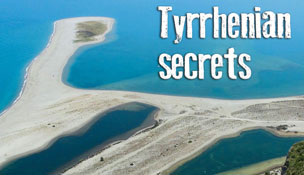 From Ionian Sea, passing Messina stretch to the Tyrrhenian Sea of Capo Milazzo and Tindari, until an amazing lost village. Complete tour of Favignana and one day in Levanzo or Marettimo, discovering the best spots, between bike, motorbikes, snorkeling and trekking.